JBWD and AD - Together in acronyms 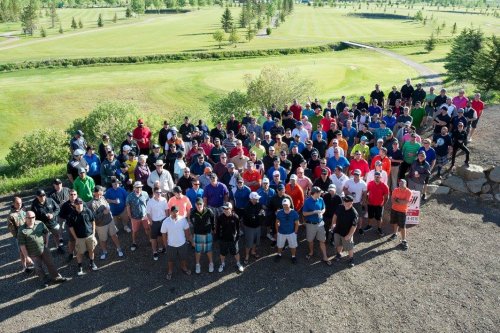 I'm happy to announce that I will be participating and donating to the 2nd Annual Airdrie Dad's Golf Tournament! I have donated a website package to be part of the silent auction. The proceeds of the auction and tournament fundraising will go towards:

The [Nathan O'Brien Foundation](http://www.facebook.com/NathanOBrienChildrensFoundation) - a foundation setup in the memory of Nathan O'Brien that supports various children's charities and causes.

* The [Airdrie Food Bank](http://www.airdriefoodbank.com/) - a community resource that collects and distributes food for those in need. We are proud that the food bank is as robust and strong as it is, but it is unfortunate to know that the services are used so frequently and that they are **always ** in need of donations (especially in our current economy). A worthy cause indeed!

* The Airdrie Dad's fund - an ongoing collection that is used to support various causes throughout the year - examples include helping a family with funeral costs, groceries for those in a slump, Christmas donations, and so on.

Airdrie Dad's is a Facebook group that started as a way for local dads to get together, hang out, talk about the day-to-day of being a father in Airdrie - but it has blossomed into a robust membership that networks, supports one another, and gets involved in the community. The golf tournament was a rousing success in it's first installment in 2015 and the 2016 version is shaping up to be a sequel with no equal!  I just made up that slogan and I am disproportionately pleased with myself.

Anyway, that is all to say that I am excited to play a bit of golf on June 3rd, and proud to offer a small token towards some really worthy causes.

Golfing spaces look to be mostly sold out (there's a waiting list) but if you are interested in donating - Marc Smith is your man. he can be reached at <[email protected]> or on [Twitter](https://twitter.com/ad_tourney).

Welcome to J Bostick Web Design, I am the first part of that title. I develop and design websites for individuals, small businesses, and community organizations in and around Airdrie, Alberta.

Have a look around, make yourself at home, and contact me if you have any questions.

I’m very happy with my site! Jason was able to do it under a very tight timeline and was able to keep everything looking just like my home agency so that it integrates seamlessly with the other ReMax sites. Kerry, Realtor and wife of Jason*
* Despite domestic affiliation, quotes were provided without any duress whatsoever. I swear.